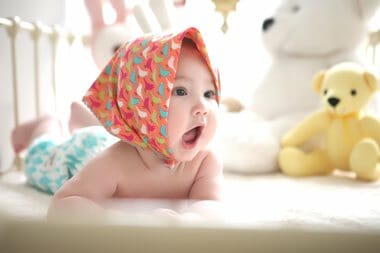 Affidavit of Parentage: What Is It and Why Is it Necessary?

How Does a Michigan Affidavit of Parentage Work

An affidavit of parentage is a statement made by the parents of a child who admit paternity. For example, an unmarried father of a newborn child may sign an “Affidavit of Parentage” to establish their legal rights as a parent.

By signing the paternity affidavit, the dad will be placed on the child’s birth certificate. This voluntary acknowledgement of paternity, signed under penalty of perjury, has the same legal effect as a court order of paternity.

Many legal determinations will be made when signing the paternity affidavit. Besides establishing paternity, the affidavit of parentage will determine several necessary rights. These include child custody, parenting time and child support. Talking to a family law and divorce lawyer can be of assistance with questions concerning an affidavit of parentage Michigan.

The initial result of the paternity affidavit form signed is to make an unmarried biological father a legal father. As a legal father, he will be placed on the birth record without the need for genetic testing.

The local health department maintains these vital records. Several legal determinations are made by executing the affidavit for paternity.

However, suppose the mother is unwilling to include the father in the decision-making process or wishes to secure joint legal custody. In that case, the dad should consult with a custody lawyer.

A lawyer specializing in child custody can take the affidavit of parentage and open up a child custody case in the family division of the local circuit court to get additional legal and physical custody rights.

An experienced lawyer can help the parents fashion a custody and parenting time order.

If the parents cannot agree on parenting time rights after birth, a father can petition the appropriate circuit court for a specific schedule to see his child. Parenting time is often addressed in a child custody case.

At any point, dad can file a motion for a particular program if the parties cannot agree on a parenting schedule. Parents often try to work this parenting schedule out together but sometimes it is not possible.

Other than custody and parenting time, the paternity affidavit also addresses child support. The executed affidavit indicates that both parties must support the child, in other words, to pay child support for the upbringing of the minor child.

Any party of the State can motion for child support to be paid. In Michigan, child support is a formula that will be applied to the parents of the child. As indicated, if the minor child is receiving state aid, the State will likely make the parties pay child support on its own accord.

Are you unsure as to paternity or if you should sign the paternity affidavit?

What is the affidavit of parentage form, and why is it necessary to establish paternity

An affidavit of parentage form is necessary when parties are unmarried. In Michigan, it is a form created by the Michigan Department of Health and Human Services.

When a couple is married, the father is the presumed father, and the parentage affidavit is unnecessary. In a marriage the husband is always the legal father absent court action.

However, the paternity affidavit is needed when the child’s biological father is not married to the mother to establish paternity.

The actual Parentage Affidavit is a document signed by both unmarried parents acknowledging that they are the biological parents of a kid under the penalty of perjury. A notary public marks it.

In Michigan, it is a standard form that the State provides. The parentage affidavit is usually given to the parents in the hospital after the child is born.

Can I set aside an Affidavit for Parentage if it turns out I am not the biological father?

If you sign an Affidavit of Parentage and later learn that the child is not yours, there’s a way to have it set aside. An Affidavit can be voided under certain circumstances, specifically fraud or coercion.

The burden of proof lies with those asking the court to invalidate an Affidavit of Parentage.

In Michigan, a motion to set aside an affidavit of parentage must be filed before the child turns three years old.

Talk to a family law attorney familiar with the paternity affidavit today!

Bruce Law Firm has family law attorneys that can answer your questions concerning an affidavit of parentage. In addition, we offer a free consultation to review your case.