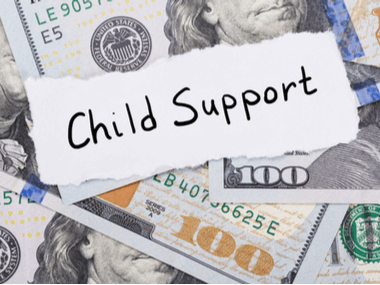 Michigan Child support is a monthly payment in the form of money, goods, or services ordered by a court for one parent to provide to another parent with whom they share their child. A child support lawyer is experienced in applying the law in regards to support.

Under Michigan family law, the amount of support amount is determined by many factors. These can include: how much time each parent spends with the children and how much money either party earns. Michigan, child support attorneys are experts at applying the factors to get you the support you deserve.

Bruce Law Firm has divorce attorneys in Monroe, Michigan to assist you with your child support case.

Michigan family law uses a formula called the Michigan Child Support Guidelines to determine how much support an individual pays. An attorney can help explain how the guidelines are applied.

What are Michigan Child Support Guidelines?

The guidelines are based on one’s income, and the number of overnights spent with their children and consider other factors such as health insurance coverage for each party or any shared expenses that either parent may incur during visitation time. Often when filing a new divorce case or child custody case you will have to run the Michigan Child Support Guidelines.

The cost of childcare is typically a factor in determining support, as are uninsured health care costs. Often, parents split their respective healthcare expenses based on the ratio of income they each make; however, these details will depend largely on your unique situation and must be determined case-by-case.

Child support may be modified upon showing a change of circumstances. Support is usually ordered until the child reaches 18 years old or graduates from high school (but no later than 19 ½), whichever occurs last.

A Michigan child support attorney can file a motion to modify the child support amount. At Bruce Law Office, a child support lawyer will provide a free consultation to review if a modification is in order. Having an attorney file the motion ensures the motion is valid and can get the changes you need. 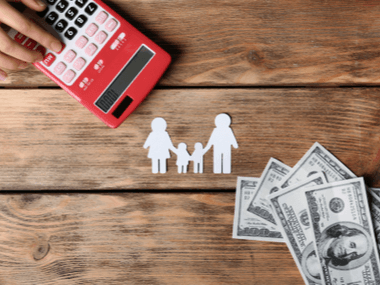 The Friend of the Court is an essential institution in Michigan

Friend of the court is a public agency set up by state law that helps parents and courts. Friend of the Court provides for immediate automatic withholding from your job when you are ordered to pay child support payments, so it’s crucial not to waive this service as they help keep track of whether I am fulfilling my obligations. Often a divorce lawyer will be brought into dealings with the Friend.

Paying through a friend of the court ensures that payments are made on time. The friend tracks child support cases. A FOC child support lawyer can file a show cause order if the support is not being paid.

A bench warrant can be issued for failure to pay support. Protect your rights by talking to an experienced attorney.

How much does it cost to raise a child in Michigan?

Raising a child in Michigan can be costly, and Michigan child support can add to the expense. Support is determined by Michigan law, which considers both parents’ incomes and how much time they spend with their children to decide on a number of monthly payments.

Generally speaking, the more money that one parent earns relative to his or her partner’s income level impacts how much each will pay towards child support payments–with those who make less paying proportionately higher amounts as well as receiving benefits such as health insurance coverage through the other parent’s employer.

Who pays for child support?

The parent that does not have custody generally makes a monthly payment to the custodial parent.

This is called child support. These child support obligations are calculated based on how many children are in each household, the number of overnights per year that noncustodial parents spend with their children, income level for both parties and other factors.

Michigan child support can be paid through an agreement or child support orders which require one spouse to pay periodic payments to help cover living expenses for themselves and any minor children they may have with another person (usually after divorce). They also provide financial stability while there is no opportunity for the spouses to cohabitate under one roof.

The amount of child support is calculated using the Michigan Child Support Formula. It takes into account the following factors:

According to the formula as a general rule, the judge must order support, but there are some exceptions. One exception is if the result would be unfair or inappropriate.

Uniform Child Support Orders are orders issued by the court that require the noncustodial parent to pay child support. The monthly support paid for base support varies but includes health insurance premiums and costs related to raising that child (e.g., childcare costs). A child support attorney can help with these calculations.

Ordinary medical expenses are also covered in this order with an annual cost limit. “Ordinary Medical Expenses” are any uninsured healthcare expense like co-pays or deductibles incurred during treatment; they vary depending on whether someone has private/employment-based coverage as well as their deductible levels. These can be very complex calculations, and a family law attorney can be of assistance.

The UCSO or child support order also states how additional out of pocket medical expenses should be paid. Additional healthcare costs above the support allowed for ordinary medical expenses in a calendar year fall under this classification. It is decided by court order to spend some percentage based on parent’s income.

The State of Michigan Michigan department of health provides a MICHILDSUPPORT child support calculator that can be used to estimate how much support may be ordered in any given case. To use it, you need to know how many overnights each part has and what each party makes for income.

There are many other variables you need to know that the calculator will ask. It can be helpful to give you a rough idea of what your support should be, but it does not replace the knowledge of an experienced child support attorney.

When can I stop paying for child support?

Michigan child support ends when the child reaches 18 years of age and marries before going 18 but does not live with the parent required to pay support or dies.

However, it may be worthwhile for one party to seek an order modifying a final judgment after this time based on changes in circumstances in your child support case, such as if there has been a change in employment status which will result in another reduction of income available for payment of child support. 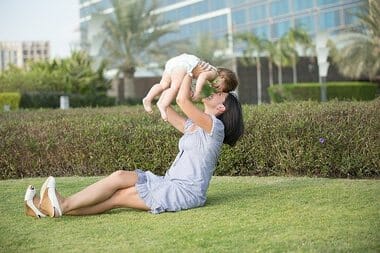 Where can I find help with my legal questions about divorce, custody, or other family law issues? Michigan Child Support Lawyers

Michigan Child Support lawyers can help you with all your legal questions about divorce, child custody, or other Michigan family law issues.

Our child support lawyer will tell you how much is child support in Michigan and how courts decide what support should be ordered for both parties to pay.

They may also be able to go over some options if one party refuses to obey an existing court order established through a judge’s ruling.

Support is a complex subject. It’s hard to know how much you should be paying and how much the other parent should receive. For these reasons, it’s often best to consult with the experienced Michigan child support lawyers from Bruce Law Firm before making any decisions about child custody or child support payments.

Bruce Law Firm child support attorneys have extensive experience in the practice area of Michigan family law matters through their divorce proceedings, including negotiating property settlement agreements and handling all aspects of your case such as divorce, child custody, visitation rights, alimony/spousal support (also known as “maintenance”) orders for divorcing spouses who are not yet 65 years old; division of marital assets like cars and houses.

We offer a free consultation with family lawyers for a case evaluation of your matter. Call today!