What is the Law on Parenting time in Michigan?

Parenting Time Attorneys Working For You In Monroe, Michigan and Downriver Detroit

In Michigan, parenting time is governed by a statute known as the Michigan Child Custody Act. The act provides for both parents to have equal access to their child unless there are compelling reasons not to. It also sets forth specific factors that should be considered when determining the parenting schedule for each parent.

A Michigan Judge often sets down a parenting schedule in a court order. This court order specifies the actual parenting time each parent has with the minor child.

Bruce Law Firm has family law and divorce attorneys that can help navigate the complicated issue of parenting time. Protect your rights to see your children. Talk to an attorney today!

What is a Parenting Time schedule?

It is a schedule that parents follow that grants them time with their minor children. In Michigan, a parent may have a set schedule that specifies specific days and hours they have the minor child. The court order can also be open and by the agreement of the parties.

Talk to a Child Custody Attorney

The Bruce Law Firm has parenting time child custody attorneys that help individuals and families navigate through these issues to achieve a parenting time schedule that will work best for everyone involved, including the minor child. Coming up with a Michigan parenting plan can be difficult.

Our attorney provides a free consultation to discuss your case. We help parties with divorce and legal custody orders in Monroe County, Wayne County, and Southeast Michigan.

Friend of the Court Services

Often when divorce or custody cases are filed in the county, a party resides matters will be referred to the Friend of the Court for reviews and recommendations. A Michigan attorney with experience with the local Friend of the Court can help guide a parent towards the parenting time order they desire.

Attorney Representation with Friend of the Court 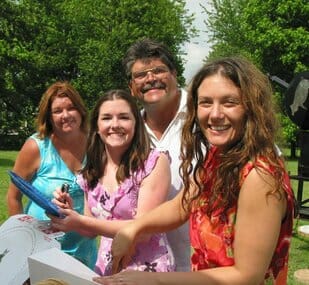 What is the Michigan Law on Parenting Time?

The Michigan Child Custody Act that both parents have a fundamental right to be the parent should, at times, share parenting responsibilities. That means each parent should have reasonable parenting time and have an equal opportunity to participate in child-rearing decisions regardless of gender or parental role.

This also means children don’t need to be constantly shuttled back and forth between their homes, with each parent taking on a “week at a time” or alternating weekdays. It is rarely in the best interest of the child to order such a schedule.

What interest factors does the Court consider in determining what is the child’s best interests?

The Court considers several factors when determining what the best interests of the child are. Section 722.23(B) in the Michigan statutes establishes that the “best interest of a child” includes the following:

a. The love, affection, and other emotional ties existing between the parties involved and the child.

b. The capacity and disposition of the parties involved to give the child love, affection, and guidance and to continue the education and raising of the child in his or her religion or creed, if any.

c. The capacity and disposition of the parties involved to provide the child with food, clothing, medical care, or other remedial care recognized and permitted under the laws of this state in place of medical care and other material needs.

d. The length of time the child has lived in a stable, satisfactory environment and the desirability of maintaining continuity.

e. The permanence, as family unity, of the existing or proposed custodial home or homes.

f. The moral fitness of the parties involved.

g. The mental and physical health of the parties involved.

h. The home, school, and community record of the child.

i. The reasonable preference of the child, if the Court considers the child to be of sufficient age to express a preference.

j. The willingness and ability of each of the parties to facilitate and encourage a close and continuing parent-child relationship between the child and the other parent or the child and the parents. A court may not consider negatively for the purposes of this factor any reasonable action taken by a parent to protect a child or that parent from sexual assault or domestic violence by the child’s other parent.

k. Domestic violence, regardless of whether the violence was directed against or witnessed by the child.

l. Any other factor considered by the Court to be relevant to a particular child custody dispute.

In a child custody or divorce case, the Judge will determine as to the child’s best interests after a hearing is held. The Judge will hear evidence of the interest factors listed above.

Based on the evidence presented, a new parenting time order is possible. Have an attorney review and prepare for your hearing. 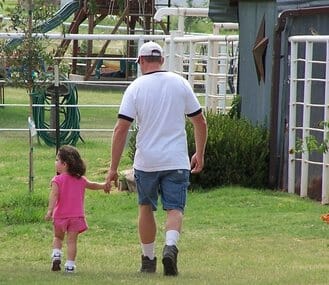 A Michigan parenting time order is an order issued by a court that sets the legal parenting time, physical contact, and other parental responsibilities for both parents.

Parenting time orders are helpful when divorcing couples have agreed to share custody or where there is no agreement on custodial arrangements. In Michigan, courts favor joint parenting time unless one parent is unfit.

An ex parte order is an order granted on an emergency basis. It is given by a judge when there is no time for the normal motion and order process to take place. This type of order is often used in cases of abuse or neglect. An attorney is almost always needed to get an ex parte motion filed and an order granted.

What about when a parent has Joint Custody and Parenting Time?

The more parenting time a parent has, the more likely that parent will be able to establish a strong bond with the child. This parent may have a greater chance of gaining custody if their partner has been incarcerated or otherwise unavailable due to work, military service, etc.

In Michigan, child support is determined by looking at the number of overnights each party has. The Court also looks to the income of the parties. Michigan follows a child support formula that looks at these two factors. The formula also divides child care costs for the children between the parents. a Child Support lawyer can help you understand this important formula.

Again the Friend of the Court can also assist parties in most counties in Michigan to determine what amount of child support should be reflected in an accurate child support order.

Child custody used to play a part in how many children support a parent would receive. A parent with physical custody used to receive a higher amount of child support. This is no longer the case.

Is a divorce lawyer necessary when dealing with child custody and child support issues?

It is best to contact an experienced family lawyer in the event that a parent does not adhere to parenting time. An attorney can help enforce court orders and keep parents accountable for their responsibilities as dictated by law. 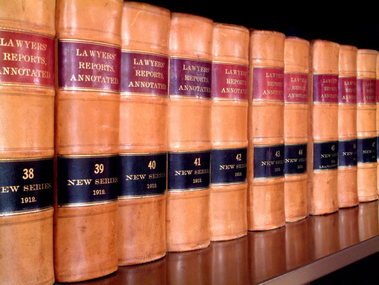 How to file a motion for parenting time

A motion for parenting time in Michigan is filed in the Court with jurisdiction over the minor child. If there is no prior order for parenting time, then you would file a motion to establish it. It can be done by filing a “motion,” which includes requesting that the Court grant parenting time and other relief as requested by the motion.

If a prior A motion must allege a “material change of circumstances” that justifies the relief sought. The more specific, compelling, and complete the allegations are in a motion for parenting time, the less expensive it is to enforce an order is granted by the Court.

There is no general statute on how often one parent should be entitled to parenting time with their children. The Courts will look to the practices of the parties and the best interests of children.

In order to charge a parenting time schedule, Michigan law requires a change of circumstances for a change of a parent time order.

A Change of Circumstances is needed…

In the event that there is a substantial change of circumstances in either party’s life, then you may want to consider filing for a change in parenting time.

In addition, the change has to have had an effect on parenting time.

If you are interested in changing your parenting schedule, it is important to talk to a Michigan attorney that specializes in child custody and parenting time. Parenting time is a complicated issue, and an experienced attorney can help you get the parenting time order you desire.

The Bruce Law Firm is here to help you with any child custody or parenting time issues. We know that these are difficult decisions, and we want to be a partner in your decision-making process.

Call for more information on how we can help you through the Child Custody Act, including specific factors that should be taken into account when determining the parenting schedule.

Call today to schedule an appointment with Bruce Law Firm for more information on how we can help you.